Slow Down
Around Schools

CHALLENGE – Auckland Transport wanted to raise awareness about how vulnerable children are on roads around schools. They wanted to remind drivers of the 40k/h school speed zones and encourage motorists to slow down. Even small increases over the speed limit can make a big difference.

IDEA – Port’s creative idea was to communicate light-hearted stories to Auckland drivers to encourage them to be more mindful and slow down around schools. The stories were created from a child’s perspective suggesting that cars can sometimes be a little bit scary. And so the “cars are monsters” metaphor was born. Why chalk? We all grew up with chalk boards at school. Using this medium gave the campaign a texture and visual narrative our target audience could relate to by awakening memories of ourselves as children at school. The creative was applied to billboards, bus backs, postcards and car stickers and was supported by a toolkit for schools.

RESULT – Even with the broad demographic, the cut through was significant. 55% remember seeing the message, 50% of people who saw the adverts thought they should slow down. 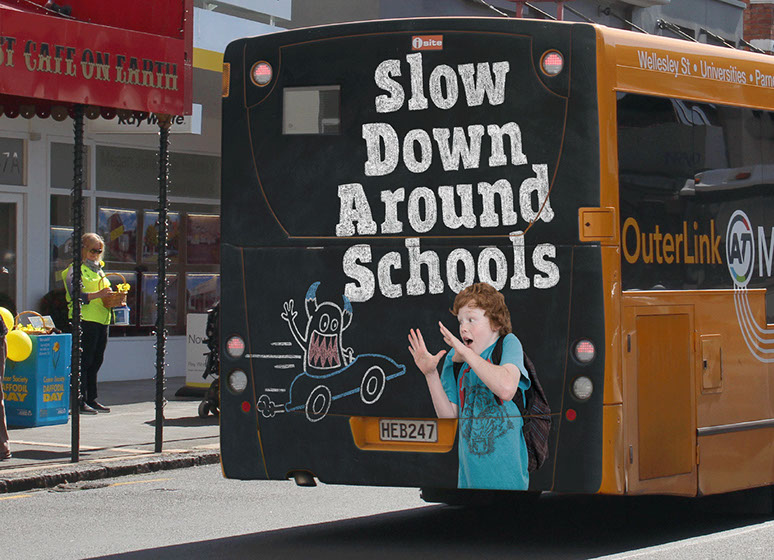 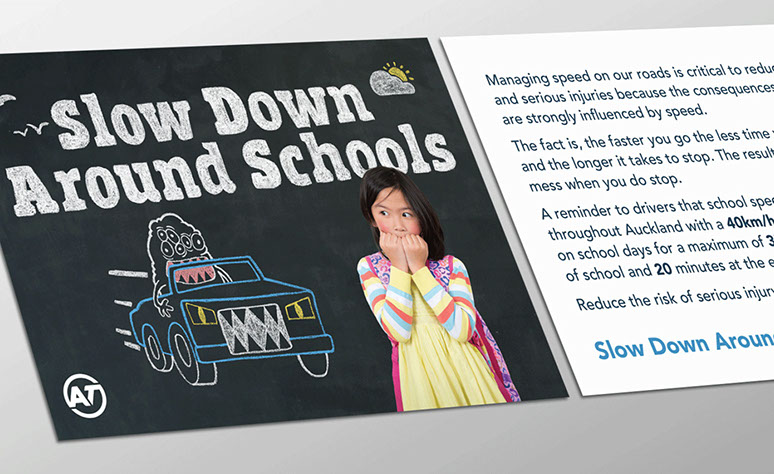 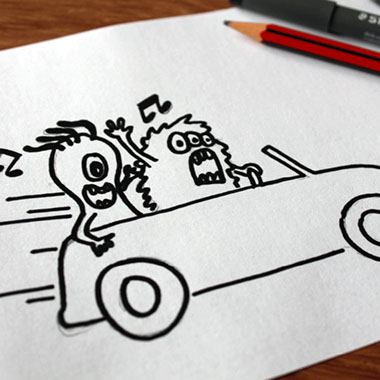 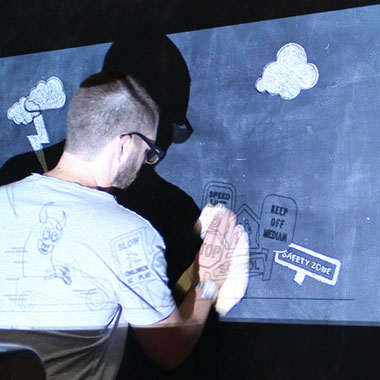 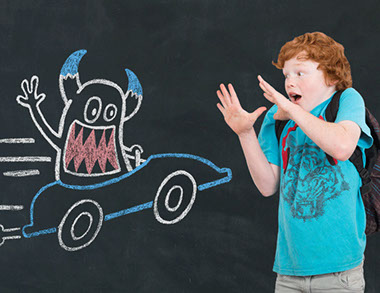 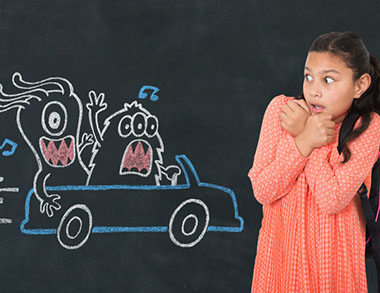 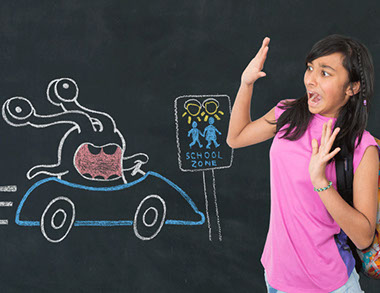 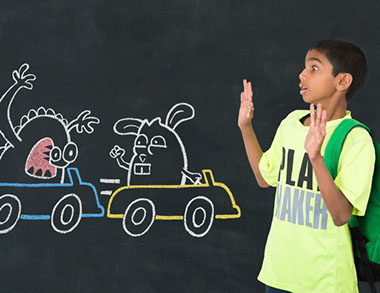